A proposal to extend the ban on TV junk food advertising isn’t supported by the evidence – and it could cause collateral damage.

The UK government’s newly unveiled plan to tackle obesity may lead to an extension of the ban on TV advertising for food high in fat, salt and sugar (HFSS). On the face of it, a ban on such advertising during family viewing time (up to the 9 p.m. watershed) seems to make good sense. Obesity is a serious social problem, and there is a great deal of advertising for ‘unhealthy’ food products. However, there are significant problems with the evidence here, and there could well be some collateral damage if the ban were introduced.

Firstly, let’s consider the evidence on child obesity. Rates of child obesity are undoubtedly high: one in five UK children entering secondary school is obese. However, much of the public debate presents this as a growing problem – as an ‘epidemic’, or even a ‘timebomb’. For example, Lord Darzi recently claimed that child obesity rates had grown by 5% per year over the past decade. Yet even if Darzi is conflating overweight and obesity (which is a common, but highly misleading, mistake), this claim is simply false. 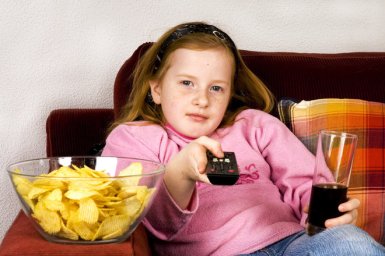 The government’s official statistics show that overall child obesity has flatlined over the past ten years: it has slightly risen by about 1% among Year 6 children, but fallen among reception class children. Meanwhile, the proportion of adults who are either overweight or obese has also changed very little over the past ten years.

So what of the evidence on the effects of advertising? Ten years ago, I led an independent government report on ‘the effects of the commercial world on children’s wellbeing’. We also produced an extensive technical review, which concluded that there was hardly any convincing evidence of a causal link between TV advertising and child obesity. A few years ago, I advised on a further review of research for the Advertising Standards Authority, which reached similar conclusions as regards online advertising.

The limitations of the evidence will be familiar for those who have studied media effects research. Correlational studies may identify associations, but they don’t provide evidence of causality – especially when it comes to complex, multi-factorial phenomena like obesity. Meanwhile, laboratory experiments tell us little about how people relate to advertising in real life, not least because they are conducted under very artificial conditions. When it comes to complex aspects of social behaviour, we need more reliable evidence. Yet most so-called systematic reviews of research on the issue ignore these very long-standing criticisms.

There is one place we might look for better evidence, however. A ban on HFSS advertising during children’s programmes has already been in place for more than ten years. The ban obviously did result in children viewing fewer ads for such products; but there has been no indication that it has had any impact on obesity itself. Although this would have been a great opportunity to settle the issue, the research just hasn’t been done. Yet until we know more about the effects of the existing ban, it seems premature to extend it.

One thing that has definitely changed over the past ten years, however, is children’s viewing behaviour. Children are now watching one third less broadcast TV than they did in 2010, and are increasingly deserting it in favour of platforms like YouTube. Meanwhile, the existing ban has led marketers to refocus their spending on digital media. Broadcast television remains important, especially for younger children, but banning TV advertising seems curiously backward-looking.

Meanwhile, as I’ve argued in previous posts, there is the collateral damage to consider. The existing ban has had negative consequences for the funding of children’s television. In combination with the 2003 Communications Act, which downgraded the public service quota requirements for children’s television, it led to ITV reducing its production of children’s programmes. UK-originated children’s programming is now in steep decline: over the past decade, spending on commercial terrestrial channels has fallen by 95%. 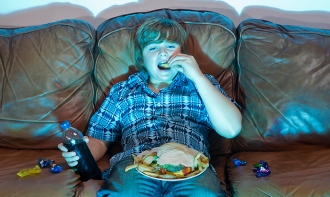 There is also a risk of deflecting attention away from other, much more significant causes of obesity. One of the biggest factors here is poverty. The latest government statistics show that obesity is rising among poorer children, and falling among those who are more affluent. And of course, child poverty has risen in recent years, not least as a result of the government’s austerity policies.

As this implies, the issue isn’t primarily to do with television advertising, but with widening health inequalities. To be fair, the government’s latest plans do go wider than advertising: there are welcome proposals to regulate food manufacturers and retailers, and to increase children’s levels of physical activity. Yet it is hard to believe that an extension of the TV advertising ban would make any difference to childhood obesity; and it could cause significant collateral damage. As is so often the case, talking tough about the effects of media on children allows politicians to look as though they are doing something, while actually ignoring the real issues at stake.