A proposal currently under consideration by the European Parliament would result in a complete ban on advertising and ‘commercial communications’ targeting children. But what is the logic for such a ban – and what unintended consequences might it have, especially for children’s television?

The Audiovisual Media Services Directive, which is the key legislative instrument of European media and communications policy, is currently being revised to take account of changes in the wider media landscape. A new draft was accepted by the Commission last May, and amendments will be considered by the Culture Committee of the European Parliament in March, before returning to the full session. 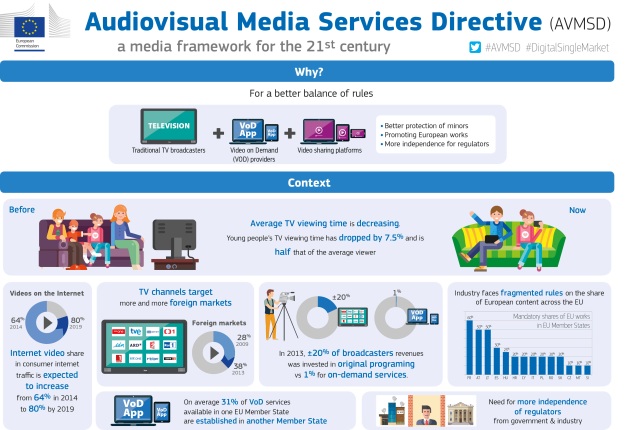 Amendment 144 is very broad in scope, but among other things, it proposes that ‘audiovisual commercial communications, during and between programmes, targeting children’s audience shall be prohibited’ [sic]. If passed in this form, the amendment will result not just in a ban on advertising to children (presumably aged under 16), but also on licensing, merchandising, sponsorship and other forms of marketing. Irrespective of Brexit, it will have significant consequences for the UK media industries.

Calls to ban advertising to children have been growing in recent years, not least in the wake of concerns about childhood obesity, which I have considered elsewhere on this blog. Yet while a ban on ‘commercial communications’ might seem to offer valuable protection to children, it is worth unpicking some of the arguments here, and considering some potential unintended consequences.

One of the problems with the debate about children and advertising is that it tends to conflate very different issues. It isn’t always clear whether the concern is about advertisers selling ‘bad’ things (junk food, for example); about the attitudes or values they may invoke in doing so (such as gender stereotypes); or about the very idea of selling things to children in the first place. In the latter case, the concern typically feeds into a broader narrative about the ‘commercialisation of childhood’, and fears of a more general cultural decline.

The call to ban advertising to children presses some powerful emotional buttons, and has appeal right across the political spectrum. For many anti-capitalist campaigners, advertising is an instrument of mass deception: it is how capitalism does its evil work. For many on the political right, it is a symbol of everything that’s wrong with the modern world. Needless to say, both sides of the argument would be significantly weaker if they focused on adults: if we can claim that advertising (and the media more generally) are destroying childhood, we have framed the debate in a way that neatly undermines potential criticism. 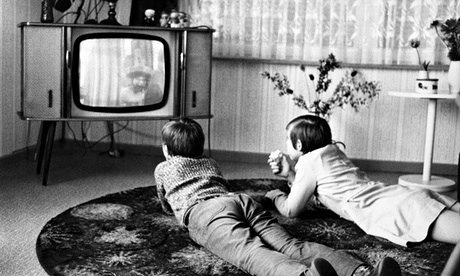 Yet the debate raises some complex questions about our conceptions both of childhood and of ‘commercial communications’, and of the relationships between them. We need to consider some fundamental issues here.

Firstly, why does the debate focus almost exclusively on children? And which children are we talking about here? Children are often assumed to be especially gullible when it comes to advertising, but the evidence here is very mixed. While some researchers argue that children cannot fully understand advertising before the age of twelve, others suggest that they are aware of its commercial intentions (the fact that ads are intending to sell you things) from around the age of six or seven.

Of course, we might well ask whether understanding advertising makes any difference: we can assume that adults understand these commercial intentions, but that doesn’t mean they are not influenced. Even so, it does suggest that lumping everyone under 16 together as ‘minors’ – to use the European Commission’s terminology – might be rather misguided.

Secondly, are we talking simply about advertising, or about ‘commercial communications’ more broadly? Advertising is merely part of a much wider world of commercial promotion and marketing. It makes up a declining proportion of promotional budgets, as companies increasingly use other means to get their messages across. Some of these means are fairly obvious (such as sponsorship) but others are much less overt. This is especially true of digital media like Google and Facebook, where commercial intentions may be much less apparent to users. If we consider the wider context of children’s media (the world of Harry Potter, Pokemon, Lego or Disney), the line between content, advertising and merchandising is very hard to draw: everything is effectively ‘advertising’ everything else.

When we conducted our government review of these issues some years ago, I argued that commercial forces are acting on children’s lives in all sorts of ways. The marketisation and privatization of public services in areas such as welfare provision, education and play has had significant implications for the opportunities that are available to children. Much of the evidence here suggests that these things exacerbate inequalities. Yet for some strange reason, government officials seemed reluctant for us to consider these issues…

Third, we need to consider the evidence about the effects of commercial communications. Child obesity, for example, is a complex phenomenon with multiple causes. The reasons why people are obese are partly genetic, partly about how much they exercise, and partly about diet. In the latter case, what they eat is partly influenced by advertising, but research suggests that advertising plays a relatively insignificant role. In fact, one of the biggest factors determining child obesity is poverty: poorer children are much more likely to be obese than more affluent children.

For all their apparent concern, governments seem largely unable or unwilling to do anything about these other factors. Selling off school playing fields and privatizing leisure facilities – as UK governments have done over the past two decades – obviously reduces children’s opportunities to get exercise. Meanwhile, child poverty is growing at an alarming rate. In this context, blaming advertising provides a nice means of distracting attention from the more inconvenient issues at stake. This kind of scapegoating is apparent in many other areas of debate about children and media, not least in relation to the perennial topics of sex and violence.

Finally, we need to consider the unintended consequences of any ban on advertising to children. Of course, it would be possible to institute a ban, at least in principle. Sweden is one of very few countries that have done so, albeit only to children under twelve, and only on terrestrial TV channels. In the UK, there has been a ban in force since 2006 on advertising for foods high in fat, salt and sugar (HFSS) during programmes where a high proportion of children are watching.

The direct effects of these moves have been limited, however. The UK ban has reduced the amount of food ads children are exposed to, but children still see a lot of advertising during adult programmes, and especially through online and social media. The Advertising Standards Authority has recently introduced new guidelines on these latter areas, although a full-on ban seems unlikely. Meanwhile, children are surrounded by a whole range of other forms of food marketing and promotion (think about who sponsored the Olympics, for example).

More importantly, there is no evidence that banning such advertising has reduced levels of child obesity. Such evidence would be very difficult to establish in any case, but the latest statistics seem to show that obesity is rising, after having flat-lined or slightly fallen over the past decade.

However, the ban on advertising has had some very significant consequences for the production of children’s television. The problems here began with the 2003 Communications Act, which downgraded the public service quota requirements for children’s TV, meaning that commercial terrestrial broadcasters were no longer required to produce a fixed number of hours of original programming. Children’s television is expensive to produce and not especially lucrative in terms of generating advertising revenue: it is much cheaper to buy in programmes from overseas (such as US cartoons), and more profitable simply to target adults. In research conducted in the mid/late 1990s, we found that ITV – the UK’s leading commercial terrestrial broadcaster – was seriously considering abandoning children’s television production. The advent of the HFSS ban in 2006, in combination with the 2003 Act, effectively gave them the alibi to justify this.

Recent research by PACT and others clearly demonstrates the consequences of this. The production of UK-originated children’s programming is now in steep decline: over the past decade, spending on commercial terrestrial channels has declined by 95%. The BBC is now effectively the only player in this market, producing no less than 97% of UK children’s programmes – which is the very opposite of the plurality the government claims is necessary for a healthy market. Without competition, and under pressures of its own, the BBC’s expenditure on children’s programmes is now also falling. Groups within the industry have recently begun a campaign against these developments, arguing that intervention is needed to save children’s content.

Of course, there is no convincing evidence that children actually need good-quality television, any more than there is evidence that they need good-quality books. It is impossible to prove that they would somehow be harmed if their TV diet consisted entirely of wall-to-wall US cartoons or sitcoms. To argue that British children are entitled to good-quality, home-produced programmes that represent aspects of their own lives is ultimately a normative judgment about the kind of culture we want to have.

So, should we ban advertising to children? In the present situation, I don’t believe this is either necessary or realistic. The simple fact is that, outside the BBC, it is advertising that pays for children’s content. While we might fondly wish for children’s television to be publicly funded, this is most unlikely to happen: at a time when governments are privatizing the health service and the education system, it is implausible that they will give more money to public broadcasting.

If a European ban extends to licensing – for example, to programmes that feature commercial merchandise such as toys – it will completely undermine the basic business model of children’s television (including, one might add, the funding of a great deal of BBC productions, which rely on merchandising income as well). These programmes will continue to need buyers in European markets, even after Brexit. Ultimately, I would prefer us to have commercial television for children than very little children’s television at all.

There are good reasons to be concerned about children’s exposure to ‘commercial communication’, but a ban of this kind is merely a form of symbolic politics. It allows politicians to look as though they are doing something, while actually ignoring the real issues at stake. My alternative – which will come as no surprise to readers of this blog – is that we should enable children to deal with the challenges of a commercial world, rather than vainly trying to keep them away from it. For better or worse, advertising is a fact of life: we live in a commercial world, and children (like adults) need the means to understand that, to critically analyse it, and to make their own choices.

Some of these ideas were presented at a ‘citizens’ jury’ event at Warwick University. Thanks to the participants for their observations, especially Rosina Robson of PACT, and to David Rowthorn for the invitation.

1 thought on “Should we ban advertising to children?”