Is it really enough for students to be ‘critical’ of media? Some thoughts about the continuing need for critical thinking – and critical action – in media education.

Is teaching critical media analysis sufficient to address the challenges of a changing media environment – let alone the wider social and political malaise of the contemporary world? Some commentators have argued that it is not – and indeed that it may prove counter-productive. Of course, media may be more of a symptom than a cause here. The forces that motivate hate speech and disinformation clearly have deeper sources: populist politics, violent extremism and the increasing polarization and confrontational tone of political debate cannot simply be put down to the influence of social media.

Trying to address these problems by promoting a more distanced, analytical approach to media may well seem like an unduly rationalistic response. There is even a danger that media education may further encourage cynicism and distrust – qualities that are key to the appeal of conspiracy theories. There has been an ongoing debate about these issues among media educators over the past few months, especially in the United States: there’s a thoughtful recent contribution by Ioanna Noula that can be found here.

So how might we make the case for critical media analysis? Of course, ‘critical’ is a problematic term. When we talk about somebody being critical, we often mean that they are merely being negative. If we accuse somebody of being too critical, we are implying that they are being unbalanced, and failing to take account of the positive aspects of whatever they are discussing. On the other hand, we also accuse people of being uncritical: they are too besotted with admiration to see the bad sides of things as well as the good. There is often an element of ‘us and them’ about this. We are critical, while those who disagree with us are uncritical: their views are simply a result of their own stupidity. 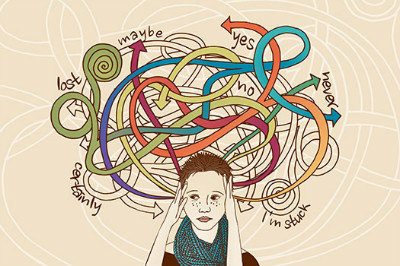 Yet it would be a mistake merely to throw out the idea altogether. There are numerous definitions of critical thinking, many of which are unhelpfully vague and abstract. Critical thinking has been operationalised in countless models and checklists and testing kits that always seem mechanical and reductive. However, most educators probably recognize critical thinking when we see it. Particularly in higher education, we frequently urge our students to be more critical – and they often respond (quite justifiably) by asking us exactly what we mean by that. There’s a useful guide produced by the Open University that provides at least some of the answers to these questions.

In my view, critical thinking is about how we analyse, synthesise and evaluate knowledge. Critical thinking obviously involves logic: for example, it means looking at how the steps in an argument are related, and identifying gaps and potential contradictions. It also entails a rigorous approach to evidence: identifying the kinds of evidence that are needed, evaluating the most reliable sources, assessing the quality and relevance of evidence, and considering how far it actually proves what is claimed for it. Furthermore, critical thinking involves questioning easy assumptions, and considering alternative ways of looking at a problem. This often means challenging the way an issue is framed, or the terms in which it is defined: it requires us to look at what is included and excluded from the frame, and what the consequences of this might be.

As this implies, critical thinking is a reflexive process, in which we constantly have to question our own preconceptions, interpretations and conclusions. It means avoiding the rush to judgment, and recognizing the limitations of the claims we can make about what we know, and hence about how certain we can really be. It is not about signing up to a pre-determined view of the world, or a fixed set of philosophical or political beliefs. Of course, we all have our own preconceptions and values. Critical thinking can’t enable us to step outside this, but it can help us to question it, and to be more rigorous about our own analysis.

Critical thinking of this kind is especially important in our dealings with media. The reasons for this are fairly obvious. Media represent the world in particular ways, and make a whole range of claims about it. These claims are sometimes quite explicit, but they are often made ‘invisibly’: they may invoke assumptions, or press emotional buttons, or invite us to identify or respond in particular ways that may not be immediately obvious. They often involve narratives, stories of cause and effect or good and evil, which seek to engage our desires and fantasies. And this may be much more complex when these claims are made in an audio-visual form, in which verbal language is combined with still and moving images, music and sound, and dramatic performance. It’s vital that we are able to step back from all this, and understand how it works – a process that often entails ‘making the familiar strange’ (or ‘defamiliarisation’), as the Russian formalists put it.

However, it is also important to be reflexive about this. There is a vast body of popular commentary about the media themselves – about what media are like, about how they work, and about their impact or effects. This commentary often rests on generalizations and assumptions that need to be questioned; it tends to frame and define problems in narrow and partial ways; and it frequently relies on limited or inadequate evidence. Media are typically seen in isolation from other social issues; there is often a focus on the latest developments, at the expense of looking at history; and there is an abiding tendency to blame the media for just about any social problem you care to name. Yet this kind of commentary can be highly influential, not just in everyday life, but also in academic study. Thinking critically about media means developing a healthy scepticism about some of these grand claims – and perhaps particularly those about media power and media effects.

Nevertheless, it is important that we do not confuse criticism with cynicism. Decades of experience in media education have shown that a superficial, rationalistic approach is not helpful – and indeed that it can be actively dysfunctional. It can easily play into a self-satisfied sense of superiority, or a kind of in-principle distrust, in which we refuse to believe anything anybody tells us. This response can be an initial outcome of students’ first exposure to media education; yet it is one that experienced teachers will recognize, and will seek to move beyond. 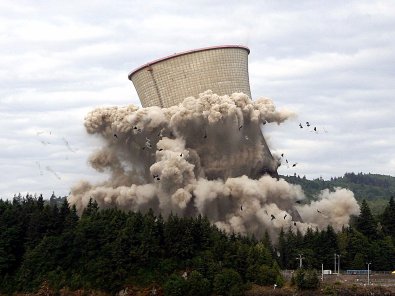 Finally, critical thinking should not be a justification for resignation and apathy. It is not enough merely to teach people to cope with the challenges of the media environment: such things should not just be a matter of individual responsibility, although this is what ‘media literacy’ is often taken to mean. Media education is about the purposeful, critical use of means of communication; and it should enable us, not just to understand how the media work, or to cope with the demands of an intensively mediated world, but also to imagine how things might be different. Media education seeks to promote critical understanding; but critical understanding should also lead to action.

This post draws on arguments I’ve developed in a longer essay, which you can find here. In the essay, I trace some of the historical shifts in media educators’ ideas about critical analysis, and its relationship with creative media production. The essay was published in German in a new book, Medienkritik im digitalen Zeitalter [Media criticism in the digital age], edited by Horst Niesyto and Heinz Moser. You can find more information about the book on the publisher’s website; and there are also abstracts of the chapters in English here.