What is the role of media literacy in the age of digital capitalism? How can media education be combined with media reform? A kind of manifesto.

In the early days of the internet, technological developments were often led by pioneers with libertarian political ideals. In retrospect, many of those ideals seem highly individualistic – and indeed they align rather well with consumer capitalism. Yet many digital evangelists saw networked technology as the means to bring about a democratic revolution. Open access to information would undermine the control of large media corporations, creating a golden age of free expression, civic participation and progressive political activism. Only a few decades on, it is hard to see any remaining grounds for such optimism. The digital dream is turning into a nightmare. 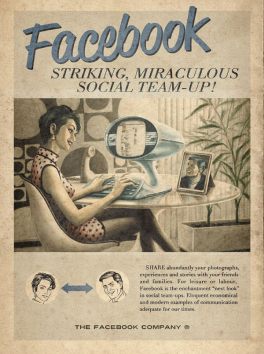 The advent of ‘Web 2.0’ and social media brought a similar wave of political euphoria. Six years ago, many commentators were celebrating the role of social media in the so-called Arab Spring: these were apparently ‘Facebook revolutions’, facilitated (if not caused) by popular access to digital technology. Yet technology has not prevented the slide back into authoritarianism and chaos in many Arab countries. Social media are being used very effectively by anti-democratic forces like the so-called Islamic State, and as means of surveillance by oppressive governments around the world.

One of the lessons we might take from the election of Donald Trump is that the political right has become exceptionally skilful in using social media – and, some would argue, much better than most on the left. Trump’s use of data analytics – which is much more extensive than the focus group politics of old – played a major role in his campaign, alongside his high-profile social media presence – not to mention the allegations of hacking, fake news and digital espionage. Far from promoting democracy, networked technology has been a massive boon for terrorists, white supremacists, fascists and the so-called ‘alt-right’.

Of course, the internet has long been a medium of conspiracism and rumour: fake news is merely the most recent instance. Meanwhile, social media such as Twitter have become vehicles for trolling, abuse and hate speech. Such things seem a very long way from the idea of the ‘networked public sphere’ that still appears to inspire some academic commentators. Yet to some extent, these phenomena are merely symptoms of much broader problems. Levels of trust in democratically elected representatives and experts of many kinds have steadily fallen, leaving space for populist politicians, mostly of the xenophobic political right. Politics in general has become significantly more polarized – as has been apparent, not only in the US, but also in the Brexit campaign in the UK, and in recent elections across Europe. Social media may not have caused these things, but it is hard to see any evidence that they are improving the situation.

Meanwhile, the internet has increasingly come under the commercial control of just two global corporations. Almost two billion people (one quarter of the world’s population) are on Facebook, while two thirds of web searches are made using Google. Both companies generate annual profits of around ten billion dollars, and have a net worth of hundreds of billions. This duopoly has also eaten up smaller companies (Google owns You Tube, Facebook owns What’s App), while countless others have gone to the wall. These two gargantuan corporations now effectively own and control the world wide web – although Apple, the world’s leading digital hardware company, is coming up fast behind.

Social media do undoubtedly enable users to share and distribute their own content in ways that were impossible before. Yet with the exception of Wikipedia, almost all this activity takes place on commercial platforms. This so-called ’sharing economy’ generates massive profits for companies, while also depriving users of ownership and control of their personal data. Facebook and Google have almost total control of online advertising; and as with ‘old’ media, advertising funding inevitably distorts the kinds of content that are available, and what it is possible to find – hence the phenomenon of ‘clickbait’. Digitally automated (or ‘programmatic’) advertising results in commercial messages appearing next to inappropriate content, a phenomenon that is now becoming a cause of concern for brands themselves. Meanwhile, the press is losing advertising revenue, causing some to foresee the demise of printed newspapers, and even of professional journalism – although newspapers continue to be subject to laws on content that don’t apply to digital media companies.

So what of the hopes for a new digital democracy? Some years ago, I directed a pan-European research project exploring the potential of the internet for promoting civic participation among young people. While we found some very effective grassroots initiatives, for example among NGOs and charities, many of them were inadequately funded. Online services were very useful for young people who were already politically active, but did nothing to reach out to those who were not. Compared with older media (and even leaflets and face-to-face meetings), the internet seemed to reinforce inequalities in participation, and even to prevent wider public debate. As it becomes easier for us to filter out content that we disagree with, it is likely that this polarization will increase, creating what some have called an ‘echo chamber’ effect.

To some extent, education might appear to provide a solution to some of these problems. Enabling young people to be critical of media might encourage them to use those media more skeptically and carefully. Thus, recent debates about fake news have led some to call for greater media literacy education. Media educators have a long history of teaching about media representation and bias. However, this is a complex issue: rather than simplistic checklists to help distinguish between fact and fiction, we all need a more in-depth critical understanding of how these media work, not least on an economic level.

While I would agree that media literacy is increasingly necessary, I am concerned that this is an individualistic response. It is often promoted by governments and regulatory bodies which are otherwise reluctant to intervene in the commercial market. As government abdicates responsibility, it leaves the problems of the media to individual consumers to solve. In my view, this is not enough. Media educational initiatives need to link more firmly to movements for media reform. This happens to some degree in the informal NGO sector, where media production projects are linked to wider forms of civic activism, especially among young people; but it is less apparent in formal education.

In the UK and elsewhere, much of the emphasis in campaigns for media reform has been on old media – especially on journalism and the press. This is important, but there is now an urgent need to focus on new media. As I have implied, there is an emerging media ecology here that is even less democratic – and certainly less accountable – than old media. Google, Facebook and Apple are much more powerful than Rupert Murdoch – even if (or in fact because) much of their power is invisible.

A starting point here would be to consider the internet as a basic public utility, like water and air – although, in the latter cases, we can see that the regulation of public goods is not going too well right now. If we are to have a non-commercial public space in which information can be truly shared, we need institutions and structures that will keep it so. When it is run (even partly) by private companies, there needs to be tight regulation and accountability, and commercial monopolies should be actively prevented and broken up.

At the very basic level, this means that these digital companies should pay their taxes, much of which they currently manage to avoid. Despite the rhetoric about digital democracy, there are still significant inequalities in people’s access to media, and in the skills and understanding needed to use those media creatively and effectively. There is a continuing concern about net neutrality – which is now returning to the agenda, given Trump’s reluctance to regulate. If these companies were to pay their taxes, the income could be used to fund non-profit initiatives, such as the creation of reliable online content, the provision of access and training for excluded groups, and the production of tools and resources for media literacy education.

A second fundamental point is that companies like Google and Facebook need to be seen as media companies, irrespective of who creates the content that they provide. These companies like to present themselves merely as technology companies providing services – as neutral intermediaries. This allows them to escape any editorial responsibility for the material they publish and circulate. Taking editorial responsibility would mean that these platforms would need to come into line with existing forms of media regulation, for example relating to political advertising, and to hate speech and harassment. While such laws do exist, there is little coherence in how they are applied online.

In the wake of the fake news controversy, Facebook is now saying that it will support fact-checking services – although their proposals thus far appear superficial and tokenistic. Meanwhile, in response to companies’ concerns about programmatic advertising, Google is saying that it will take down violent or extremist videos from YouTube – although here again, it is not clear how much of this will be done merely by algorithms or by volunteers. Editorial responsibility requires much more serious investment than this, yet it is something these companies are bound to resist, because it is not in their commercial interest. 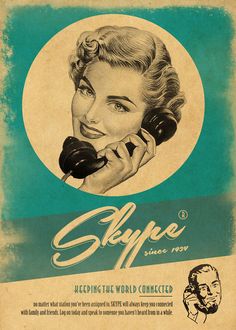 A third key area is around the use of personal data. In accessing these platforms, users have to sign over the rights to their personal data, which is sold on to third parties to use as they wish – although few of us understand what is at stake in checking ‘agree’ on the terms of service agreement. Again, there is a role for education here; but even if users understand what is happening, they generally have few alternatives. We are surely entitled to greater transparency, and to much greater control over the collection and use of our personal data, both by companies and by governments.

There is undoubtedly an urgent need for media education in this new media environment. But education should do more than simply enable us to understand and to cope with what already exists. It should also encourage us to imagine alternatives, and to demand change.

I was invited to write this piece for the Japanese magazine 5 (Five).

4 thoughts on “Waking up from the digital dream: media education and media reform”