How is the business strategy of social media being applied in schools? Some further thoughts on big data in education.

Following my previous post on the value (or lack of it) of ‘big data’ in education, I’ve been having some further thoughts about the purpose of all this data-production, and its consequences for teachers and students. I’ve been provoked by reading Ben Williamson’s book Big Data in Education, of which more shortly; but I also want to consider what a critical media education perspective might have to offer here.

The case of the PIRLS study raised some questions about the use of big data at the level of education policy. But the intensifying ‘datafication’ of education is also a fact of mundane everyday life in schools and classrooms. This fixation on digital data isn’t just about testing. It’s also apparent in the administration and management of schools; in the design of curriculum content, classroom resources and learning processes; in schools’ internal and external communication; and in the regimes of inspection and performance management that now govern education. 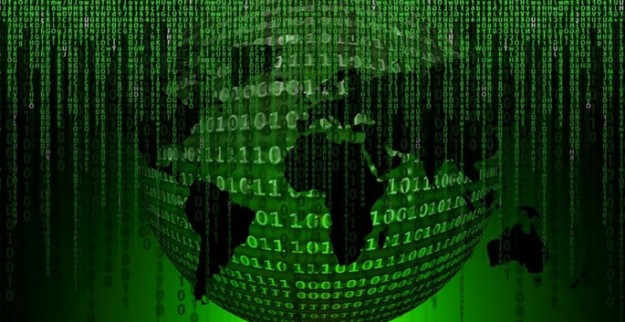 Teachers are spending growing proportions of their time gathering, inputting, processing and presenting data. Most secondary schools in the UK will now have a ‘data tsar’, a senior member of staff who is responsible for collating and managing this data, and attempting to interpret it. Behind them stand the inspectors, constantly seeking to ambush schools if their data is not correctly in place, and to exert sanctions on those deemed to be ‘underperforming’. In the marketised system that now prevails in the UK, this provision of data also drives the competition between schools and the construction of league tables. It sometimes seems as though the process of education has been turned into a matter of control-by-spreadsheet.

These processes may be intensifying, but they are by no means new. Nor, of course, is the use of technology in schools – or indeed the role of commercial companies in providing it: I’ve written about all these things at length elsewhere. What is new, however, is that the business model of social media is increasingly being applied in schools. It’s no longer just about the selling of equipment or learning materials: it’s about the gathering and management of data for profit.

Again, I’ve discussed this business model in earlier posts on this blog. Within the wider economy of social media – or what is being termed ‘platform capitalism’ – data has become the new oil; and schools are increasingly productive wells to be mined. User data is a commodity that is being gathered, analysed and traded, for immense profit. In education, as in social media more broadly, these companies appear to be offering or donating ‘free’ services, yet they are doing so in exchange for data that can be sold on to third parties – raising privacy issues that apply not just to children but also to parents. 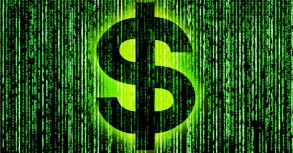 In recent years, the leading social media companies – Google/Alphabet and Facebook (through its Chan-Zuckerberg Initiative) – have now joined more established brands such as Apple, Microsoft and Pearson in this educational marketplace. These companies are now centrally involved in the making of educational policy, at a governmental level; and in some instances, their approach to marketing these data services, using cohorts of technology evangelists and visionaries, has many similarities with the methods used by Big Pharma corporations.

Datafication is often justified by a rhetoric that emphasizes, not just modernization and efficiency, but also learner autonomy and individual choice. Through the use of technology, education is apparently becoming more ‘personalised’ or adapted to the needs of the individual learner. The benefits of personalisation remain unclear, but in practice this approach often means individualization: it’s a matter of individual children working on screen with customized learning materials, rather than anything involving face-to-face or group interaction. Back in the day, this is what used to be called ‘programmed instruction’ – and now it seems that its time has come. The longer-term vision is one in which teachers are effectively reduced to being data managers: professional autonomy is bound to be a problem in an automated system that is run by algorithms and artificial intelligence.

What this makes possible, of course, is an increasing level of regimentation and surveillance. Through a growing range of digital devices and platforms, teachers can access data about students and parents, parents can access data about teachers and children, and the authorities can oversee all three. Children are increasingly required to monitor themselves, and to assess their performance against ever more fine-grained quantitative measures. The point here is that these technologies don’t just monitor performance, or give feedback on it; they also actively produce it, encouraging styles of behaviour that conform to narrowly defined norms and values.

This process of datafication has thus involved a coming together of political imperatives (to do with the governance and control of education) and commercial ones (a social media business strategy born in Silicon Valley). This isn’t a straightforward case of commercialisation, therefore. The market appears to be supplying the ‘solutions’ that educators (or at least their political masters) want and need. Yet in doing so, they are simultaneously helping to articulate and to shape those wants and needs. 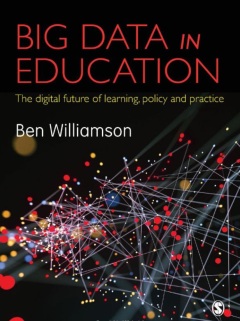 Ben Williamson’s new book Big Data in Education discusses all these issues in much more detail, and in much more nuanced ways, than I am able to do here. It’s an extremely informative, and at times highly disturbing read. In the most careful academic manner, Williamson identifies and questions the claims that are made for this new wave of data-driven technological innovation, and the academic disciplines (neuroscience, computational thinking, behavioural economics) that purport to justify it. He tracks the intimate relationships between government, philanthropists, policy advisers and businesses that are increasingly driving this process, and points to the enormous amounts of money involved: the global e-learning market is estimated to be worth almost $250 billion within the next five years.

Much of the rhetoric Williamson discusses is inflated and highly abstract, which makes the book rather frustrating at times: it’s generally more engaging when it gets to more concrete examples. A good deal of this material can also be found on Williamson’s very useful blogs: this one is perhaps most accessible for teachers, although this more academic one is also definitely worth reading. For example, Williamson has some particularly sharp things to say about the use of technology to measure social and emotional learning, and qualities such as ‘grit’ and ‘character’. He challenges the use of biometric monitoring to measure health and fitness in schools – an area that has also been explored more broadly by Deborah Lupton. And he provides a useful critique of the new emphasis on coding, both in the school curriculum and in more informal ‘maker’ projects (an issue I considered myself in an earlier post). Williamson’s analysis of Class Dojo, a massively profitable form of social networking platform for schools, illustrates much more clearly how all this rhetoric works out in everyday practice. (Matt Finn’s work on ‘progress’ tracking is also very useful in this respect, and currently seems to be on open access.)

Williamson claims that he is neither celebrating nor debunking these developments – which I suppose is an appropriately scholarly position. Yet he paints a picture which, like The Matrix, feels utterly paralyzing. As in the movie, this datafied world seems both all-encompassing and yet wholly invisible to those who have to live within it. I suspect that (as is ever the case with educational technology), there is a significant gap between rhetoric and reality – between the promise of total control and efficiency, and the messiness and improvisation of everyday life in classrooms. However, we could do with a little more debunking – and in language that is accessible to those who are actually living in this matrix world.

So what is to be done? Williamson’s conclusions are directed mainly towards other educational researchers. This is fair enough, but it leaves open the question of what, if anything, practitioners might do. As in The Matrix, part of me would like to see an insurrection against the machines. We need rebels who will ‘unplug’ the humans who are enslaved. We need Edward Snowden, or Anonymous, or even Julian Assange (well, perhaps not).

It’s often claimed that teaching children to code will offer them a degree of control. It will enable them to use technology, rather than be used by it – or so some of its proponents claim. As I’ve argued before, the social and educational benefits of learning to code have been highly overstated. I’m not against it in itself, but I do think there is a problem if coding is substituted for a proper critical understanding of the social, cultural and political dimensions of technology. Yet as Williamson has documented, it is this critical dimension that has been systematically excluded from the revised computer science curriculum in the UK.

The datafication of education is part of much broader trends, which might loosely be termed digital capitalism or platform capitalism. As I have been arguing here over the past couple of years, these developments need to be more fully addressed within media education; and they can largely be incorporated within the existing framework of critical concepts. Thus, data is a means of representation: it offers versions of the world that are not neutral, but inevitably partial and ideological. Users of data are not merely creative interpreters or producers of meaning: they are also monitored, instructed and manipulated by data. And data is increasingly both produced and owned by a small number of global corporations. It may not be enough in itself; but a good first step would involve learning to perceive the matrix – to see that it’s there, and to understand how it works.