How can we – and should we – regulate the digital media landscape? And what role might education have to play? Some current issues for media students and their teachers.

Regulation is a key topic in media education, but it can seem dry and difficult to comprehend. The fundamental issue here is to do with how the government intervenes in the media market – not just to restrict and control it, but also to shape and develop it in particular ways. Regulation is about much more than censorship, for example in order to prevent harm or offence. It includes rules about the commercial strategies of media companies, who is allowed to own them, and how they are made accountable to the public they claim to serve. It’s also about how the government can intervene more proactively, to create or support areas of media production that are seen to be socially important, but are less commercially viable.

Regulation is becoming more complex in a changing media environment. Over the past year, there have been growing calls right across the political spectrum for greater control of digital and social media companies. Many commentators are calling for government intervention to deal with problems like fake news, hate speech, and even children’s apparent ‘addiction’ to their smartphones. Others have argued that the government should be curbing the power of the global media monopolies, and working to support public, non-profit alternatives. Last year, I wrote a post arguing that media education needed to link more firmly to movements for media reform. Media education isn’t just about understanding the media, it’s also about imagining how things might be different, and demanding change. So what might this mean in more concrete terms?

In anticipation of an early election, the UK Labour Party is now generating a plethora of specific policy ideas – including in the area of media. Some of these proposals are (to put it politely) not very well thought through. The MP Lucy Powell recently presented a private member’s bill in parliament that proposed to outlaw ‘online hate, fake news and radicalisation’, without saying how any of these things were to be identified, let alone how they could realistically be controlled. Powell talks very loosely about ‘extremism’ and ‘evil’, and the need to ‘spread decency’, in a way that sounds distinctly dangerous. 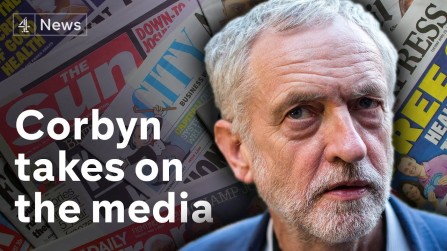 owever, Jeremy Corbyn’s ‘Alternative MacTaggart Lecture’, delivered at the Edinburgh Television Festival a few weeks ago, is worth much closer attention. (You can find a written version here, and the video here – although I caution you against reading the YouTube comments, at least if you want to retain the will to live.) Needless to say, the speech is much more careful and considered than the way it was reported in some of the newspapers – although their response amply illustrates some of the points Corbyn is making.

Corbyn begins with some home truths about people’s growing distrust of the media (and especially of the press). The speech is clearly animated by a justified resentment against the power of what he calls the ‘media barons’, and the way Labour in particular is routinely misrepresented. Yet this isn’t just political rhetoric. He also offers several specific ideas for debate, none of which is yet official party policy. They include:

With the exception of the last, most of these ideas relate primarily to ‘old’ media – and in some ways that’s appropriate, given the TV Festival audience. In my view, it’s good to see that Corbyn is still concerned about what some of his followers tend to dismiss as the evil ‘mainstream media’ (the dreaded MSM).

To find more concrete ideas from Labour relating to digital media, it’s necessary to look a little further back, to its Digital Democracy Manifesto, published in 2016. There are eight specific proposals here:

It’s ironic that one of the key authors of this manifesto was Richard Barbrook, described by some as ‘Corbyn’s digital guru’. Twenty years ago, Barbrook co-wrote a powerful early critique of the ‘cyberutopianism’ of Silicon Valley companies called ‘The Californian ideology’. These days, he appears to place much more faith in commercial social networks as a means of bringing about progressive political change.

Many of these proposals seem very worthwhile, but as Paul Bernal points out, the Digital Democracy Manifesto says very little about the commercial control of the internet by companies like Google and Facebook. In line with other emerging Labour policies, it seems to be more concerned with creating alternatives (such as co-operatives), or with securing workers’ participation in industry, than in challenging the power of corporations more directly. (And in the wake of Cambridge Analytica, it’s quite alarming that much of the Labour Party’s digital campaigning seems to rely on Facebook.)

Regulation in this area would not be easy to achieve. Today’s digital media giants are global companies, which are very adept in eluding attempts at regulation by national governments (and indeed in avoiding taxation). We might well disagree with the idea that the market can regulate itself, but we might not want governments to be responsible either. For example, given Donald Trump’s frequent claims about ‘fake news’, would we necessarily want him to be in charge of regulating it? 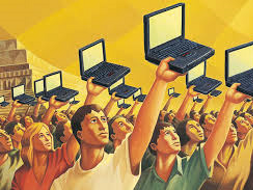 Free speech is also a difficult issue here. Like Lucy Powell, many people’s first instinct when faced with hate speech, fake news and online propaganda is to call for censorship. By contrast, internet activists claim that information must be free, and that the ‘online community’ will police itself. Yet almost all this so-called ‘free speech’ takes place on commercial platforms. The global media giants provide more or less free and open spaces for communication and self-expression; yet they do so in exchange for gathering and selling our personal data. We need to consider how much freedom we want and need – and indeed what kind of freedom we actually have at the moment in any case.

What’s most disappointing about Labour’s proposals is that they say next to nothing about education – beyond the promise to provide training in computer programming (my views on that can be found here). During the 2000s, under the last Labour government, there was growing interest in the potential of developing media literacy as a kind of alternative to centralized regulation. As the media were handed over to the so-called ‘free market’, and as new technologies became ever more difficult to regulate, it made sense to ‘arm consumers’ in order to help them deal with the emerging challenges of the new media landscape. As I’ve argued elsewhere, media literacy was always an individualistic strategy: as the government backed away from media regulation, individual consumers would now have to be responsible for regulating themselves.

Over time, media literacy steadily narrowed in scope, and it has now faded from the policy agenda, in the UK at least. The major problem was that media literacy never became a priority for educational policy – and without a strong and coherent programme of media education, media literacy amounts to little more than well-meaning rhetoric. It’s possible that a future Labour government might dismiss media literacy as just another neoliberal, Blairite strategy. Yet it should surely be supporting media education. We do undoubtedly need to regulate and reform the media environment; but we also need to develop people’s critical ability to understand it in the first place.