Amid the growing hysteria about childhood obesity, sugar seems to be the new heroin. Yet the official statistics on obesity paint a rather different picture. Inequality, rather than advertising, is the main culprit.

Jamie Oliver’s Sugar Rush documentary, broadcast a couple of weeks ago on Channel 4, marks a significant intervention in the debate about childhood obesity. Claims that sugar is the ‘new heroin’ have been around for some time now. Sugar, we are often told, is toxic and addictive, and the leading cause of the so-called epidemic of child obesity. Sugar Rush gave considerable support to the growing campaign for a ‘sugar tax’, and for tighter regulation of marketing to children. 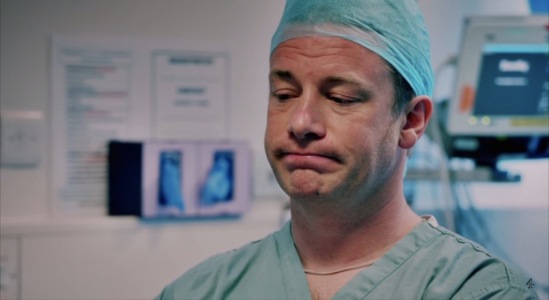 Jamie™ is an admirable campaigner, but he is not the least compromised commentator on this issue. Personally, I can experience a sugar rush just looking at the pictures in Jamie’s America or reading the labels on his pasta sauces. His documentary included some hidden camera filming in Tesco and Marks and Spencer, but interestingly not in Sainsbury’s, for whom he advertised for many years.

Jamie’s Sugar Rush began with some gory sequences of a child having most of his teeth extracted, and followed through with images of diabetics’ foot amputations. Amid repeated cutaways to Jamie’s super-concerned face, experts confirmed that the problem was getting worse and worse, and would soon precipitate a terminal crisis in the funding of the health service.

But what of the facts?

Government statistics, published by the Health and Social Care Information Centre (part of National Statistics) show that rates of childhood obesity rose in the late 1990s, to a peak in 2004. Since that time, they have flat-lined among older children, and significantly declined among younger children.

The most recent Children’s Dental Health Survey, also commissioned by the HSCIC, found significant reductions (by around ten percentage points) in the extent and severity of tooth decay among children, as compared with the last survey ten years ago. 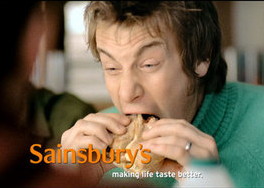 Statistics on Type 2 (diet-related) diabetes among children are harder to obtain. The most recent ones I could find are from 2003, which was at the end of a period of rising obesity. Others cover ‘young people’ up to the age of 40. Type 1 diabetes does seem to be rising among children, but there is nothing definitive on Type 2. Even so, this remains a very rare condition: the number of children with Type 2 across the whole of the UK is around five hundred, which scarcely amounts to an epidemic.

Finally, government statistics from DEFRA also show that per capita consumption of sugar (like calorie consumption in general) has consistently declined over the past 25 years. It is certainly high, but it is now almost 20% lower than it was during the early 1990s. Claims that reducing consumption of sugar results in declining obesity among the general population have also been challenged in comparative research in the US, Australia and the UK.

To say the least, the familiar rhetoric about a rising tide of childhood obesity seems to be quite mistaken. That’s not to imply there is no problem – but it does suggest that the problem isn’t principally to do with children. The significant rise in obesity and Type 2 diabetes is actually among adults, especially in late middle age.

So why does the discussion focus so predominantly on children? It’s much easier for campaigners like Jamie to press emotional buttons when they talk about innocent children. It’s also much easier to propose what seem to be quick-fix policy solutions when it comes to children, because children have no political voice.

Thus, one of Jamie’s predictable solutions – which is loudly promoted by many food campaigners – is for an extension of the ban on television advertising of food and drink high in fat, salt and sugar (HFSS). Since 2007-8, such ads have been banned in children’s programmes, and in programmes where children make up a significant proportion of the audience. The campaigners now want to extend this to all programmes broadcast prior to the 9 p.m. watershed. 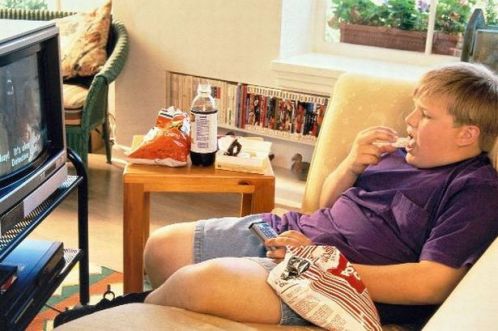 Here too, there’s a major problem with the evidence. Research in this field is limited and problematic, but the existing studies show that advertising and marketing have only a marginal influence on children’s food consumption, and barely any influence on obesity itself.

Yet despite this lack of evidence, the Labour government back in 2007 needed to be seen to be doing something – and the ban on HFSS advertising proved the easiest way of achieving this. The ban certainly reduced children’s exposure to such advertising, but it had other consequences too. It allowed ITV to abandon original production of children’s programmes, claiming that they were no longer profitable; and it encouraged marketers to concentrate their efforts on digital marketing, which is much more difficult to regulate.

To focus on TV advertising now would seem to be missing the point. Advertising on television is a declining part of marketing expenditure, and young people are increasingly abandoning broadcast TV in any case. Extending the ban on TV advertising is unlikely to make any difference to obesity, although it might enable politicians to look good.

My argument here isn’t intended to exonerate advertisers or the food industry. Rather, my main concern is that – as in so many debates about kids and media – the government is at risk of passing the buck, and the campaigners might well be allowing them to do so. Blaming marketers allows the government to distract attention away from issues that it feels unable or unwilling to address.

The causes of obesity are diverse and complicated. However, the key issue here is not marketing, but inequality. The official statistics cited above clearly show that children from lower income families are much more likely to be overweight and obese than those from affluent families. They are also much more likely to have tooth decay.

When it comes to Type 2 diabetes, children of South Asian origin are thirteen times – and Afro-Caribbean and African children almost six times – more likely to have the condition than their white counterparts. This would point to a significant genetic component as well.

These startling health inequalities of course reflect other inequalities. Child poverty is now rising once again in the UK. Poorer parents are less likely to be able to afford fresh ingredients, and to have the time to prepare home-cooked meals. Poorer children have fewer opportunities to exercise, not least because public sports and play facilities have been increasingly privatized. ‘Pay to play’ is now the rule.

Failing to address these issues results in a situation where diet and health are seen as purely individual responsibilities. Individuals are blamed and stigmatized for making the ‘wrong’ choices. And in the current climate, poor children and their apparently ignorant parents are the easiest targets of all.

1 thought on “Rush to hysteria: challenging the sugar rush”