Why is it still so difficult for disadvantaged young people to gain access to employment in the media industries? And what – if anything – can media educators do about this situation?

Last week, Labour’s former Culture Minister David Lammy made a powerful speech in the House of Commons calling for greater diversity in the BBC, and in broadcasting more generally. Lammy’s speech was packed with useful – and occasionally shocking – statistics, but his overall argument was far from new. In the past couple of years, high-profile black British actors like Lenny Henry and Idris Elba have repeatedly been making the same points in some high places. And beyond the UK, of course, there have been notable controversies like last year’s ‘Oscars So White’ debate.

As Lammy pointed out, employment of black and minority ethnic (BAME) groups in the media industries has actually fallen in recent years – and interestingly the BBC appears to be lagging behind commercial broadcasters in attempting to address this. The most recent Skillset survey of employment in the media industries, published last month, cautions against comparisons on this point. However, it shows that BAME employment in the media remains lower than in the workforce as a whole; and, as Lammy also pointed out, black people are significantly less likely to be represented at senior executive level. One recent report suggested that ethnic diversity is higher in London’s financial services industry than in the arts.

Like Idris Elba and others, Lammy argues that this isn’t just about ‘race’. There is mention of gender and sexuality, but the factor that is frequently missing from the discussion is that of class. However, last week also saw the publication of an important academic analysis of the social class composition of the creative workforce, by Dave O’Brien and colleagues.

According to these writers, the creative industries are by no means as meritocratic as is often suggested, although they argue that it is important to differentiate between different sectors. Their analysis of data from the UK Labour Force Survey shows that people from working-class backgrounds are significantly under-represented in several key media industries. Furthermore, when such people do gain employment, they face a ‘class origin pay gap’ compared to those from privileged backgrounds.

Again, this isn’t a new story. Research has consistently shown that most of these industries are heavily dominated by middle-class graduates of elite universities: this is true of advertising, television, and journalism (where current UK entrants have the highest level of educational qualifications of all professions). It is even increasingly true of popular music: while 80% of chart musicians in 1990 went to state schools, in 2010 60% had been to elite private schools – and the majority of managers and executives in the industry are also predominantly white, male and middle-class. 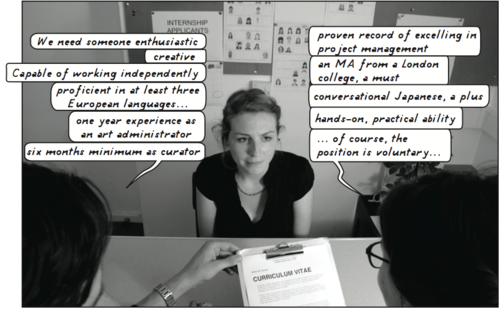 What role might media education play in challenging these patterns of disadvantage? There is a very long history of vocational and pre-vocational media courses targeting disadvantaged young people, outside the university sector. Most are provided by further education colleges, but there is increasing provision by voluntary sector and commercial providers. There has also been a significant expansion of creative apprenticeships and internships specifically targeting young people who are unlikely to succeed in mainstream higher education.

The origins of such courses can be traced back to the late 1970s, and the resolve of the Labour prime minister James Callaghan to make education address ‘the world of work’. Through the 1980s and 1990s, an alphabet soup of qualifications appeared (TVEI, CPVE, NVQ, YOP, ACVE…), and in many cases practical media courses were a significant part of the offer. While some – like leading media educator Len Masterman – dismissed these courses as a ‘desert of know-thy-place technicism’, others saw an opportunity here. In his book Really Useful Knowledge, published in 1989, Phil Cohen described courses like those offered by the Inner London Cockpit Cultural Studies Department as a valuable means of recognising and building upon the informal cultural competencies of working-class young people.

In recent years, these debates have taken on a new impetus as a result of developments in media technology. According to some, today’s ‘digital natives’ possess innate skills in using new media; and if they can translate these skills into educational qualifications, they should be well placed to secure employment in an apparently burgeoning sector of the new creative economy.

In these arguments, technology is frequently aligned with creativity – a term that became a ‘buzzword’ in both educational and cultural policy under New Labour, albeit one whose meaning remained strategically vague. ‘Creative learning’ became an important means of compensating for dominant tendencies in New Labour’s educational policy – a policy that was nonetheless largely driven by an instrumental preoccupation with ‘standards’.

The idea that creative uses of technology could liquidate social disadvantage, and enable people (especially young people) to transform their lives, has been a powerful strain in both political and market rhetoric. More recently, these arguments have also been taken up by proponents of ‘Media Studies 2.0’ – a topic on which I have had my say elsewhere. These arguments tend to position young people as a kind of creative vanguard: they are spontaneously developing skills and knowledge (or forms of cultural capital) in their leisure time that they will eventually able to trade in on the employment market.

This rhetoric about ‘young creatives’ is endlessly recycled in the marketing of practical media courses and apprenticeship programmes. In many cases, this is combined with a multicultural, ‘urban’ feel, suggesting that it is but a short step from the mean streets of the inner city to well-paid creative jobs. Likewise, the ill-fated Creative and Media Diploma course was marketed with strong claims about its potential to secure glamorous employment for academic under-achievers. The only obstacle facing these young people, it would appear, is a lack of ‘aspiration’.

Meanwhile, in media reporting, stories of socially inadequate young people who pursue their technological enthusiasms and eventually become multi-millionaires – from Stephen Spielberg to Bill Gates to Larry Page and Sergey Brin – are legion. The ardent gamers modding or making machinima in their bedrooms will, it appears, soon be moving into highly paid jobs in the computer games business; and the Harry Potter fans who are posting their fan fiction and their Harry Potter blogs today will somehow become the J.K. Rowlings of tomorrow.

Clearly, such activities can develop important skills and knowledge; but whether such ‘popular cultural capital’ translates into meaningful paid employment is another matter. The large-scale MacArthur Foundation study of young people and new media appears to share many of these aspirations, and is keen to celebrate examples of young people being paid and eventually employed on the basis of their amateur creative work. However, it also points to some of the obstacles to achieving these aspirations.

This research suggests that those who succeed in making this translation from leisure into employment are generally middle-class youth, who pursue their digital enthusiasms in parallel with traditional forms of education leading to elite universities. Mark Zuckerberg may have been a technology ‘geek’, but he also happened to be attending Harvard when he founded Facebook; and as Amsden and Clark have argued, it is unlikely that Bill Gates would have succeeded had he been black or impoverished. It is middle-class young people’s possession of particular forms of cultural and social capital that puts them in a stronger position when it comes to obtaining jobs in the creative or media industries.

This tendency is reinforced by changing employment practices and working conditions. Over the past 20 years, work in most sectors of the creative industries has been casualised and outsourced; and much of it is now undertaken by freelancers on very short-term contracts. Increasingly intense economic competition, combined with the pace of technological change, makes for rapid turnover of staff: while skills in some areas are in high demand, in others they can become redundant very quickly.

In this context, employment is frequently unpredictable and insecure; there are few opportunities for training; working hours may be long and conditions poor, and extensive hours of unpaid overtime may be expected. Workers may be required to survive on low pay in the hope of opportunities further down the line: they have to be mobile, multi-skilled and flexible, and adapt to the stresses of a ‘portfolio’ lifestyle. In one sense, these have become young people’s industries: there is significant attrition among older workers, and particularly among women with families – although young people also tend to burn out, or be burned out by the industry.

In effect, the media industries have become a buyer’s (or employer’s) market, with a huge supply of potential workers, but limited demand; and in this context, social capital (the ability to network, or to sell oneself) has become vitally important. In the UK and the US, it has increasingly become a necessity, not least for university graduates, to undertake unpaid work as an intern in one’s chosen field in the hope of obtaining more permanent employment – although this option is one that largely depends upon parental support, and is therefore more readily available to those from wealthy families.

Of course, this general description applies much more in some sectors of the media industries (such as computer games) than in others. Yet the inequities of the system are belied by the ethos of ‘cool jobs’ – the notion that in sectors like the games industry, ‘work is play’. Indeed, it could be argued that the seemingly informal, non-corporate style and the apparently flattened hierarchies of smaller media companies function precisely to ensure a ready supply of easily exploitable labour.

Seen in this light, the claim that media education might offer a way of equalising inequalities, or providing access to creative employment for disadvantaged young people, seems highly questionable. Arguments for media education at this level often seem to mistake the nature of work in the contemporary media industries, and obscure the question of how such young people might ever be in a position to obtain it. They sometimes seem to operate with a model of ‘training’ that implies a much more stable working environment, and more straightforward pathways into employment, than actually exist.

Unemployment among the 16-24 age group in the UK has fallen slightly, but it remains stubbornly high; and it is particularly high in working-class and some ethnic minority communities. In this context, it is important to ask whose purposes this story of ‘young creatives’ actually serves.