Rihanna’s latest video, and the debate that it has provoked, raises some challenging questions about how we understand the concept of  representation, and how we might teach about it. 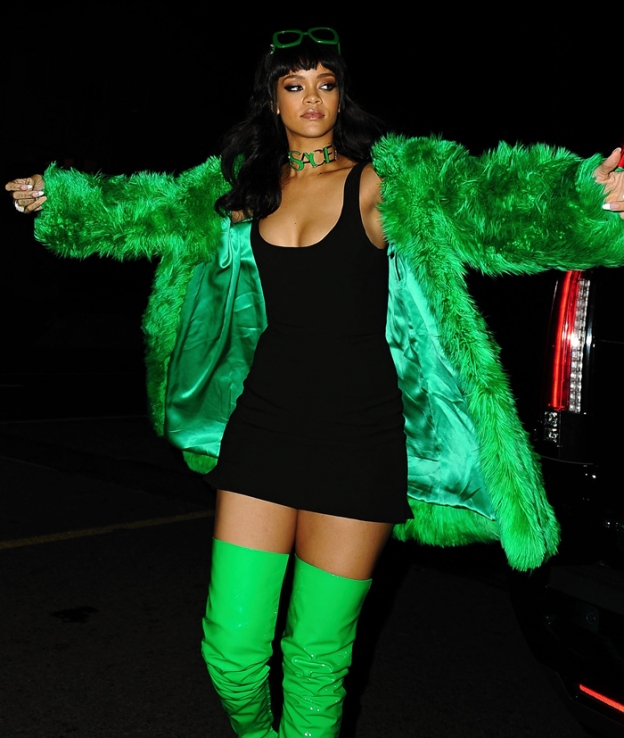 Needless to say, the controversy hasn’t done Rihanna any harm. At the time of writing, the seven-minute video has been viewed more than 24 million times on YouTube alone. In case you haven’t seen it, it’s essentially a revenge story with a twist. We see Rihanna and a couple of female cohorts kidnap and then torture a wealthy white woman. It turns out that their victim is the wife/partner of Rihanna’s accountant, and that she is trying to get him to pay the money he owes her. When he fails to pay up, she apparently murders him. By the end, it appears that the wife has now joined Rihanna’s gang, possibly on the grounds that the husband refused to pay the ransom.

BBHMM presses almost all the available buttons at once. We have violence committed by a black woman against a white woman, and ultimately against a white man. Rihanna and her friends are clearly coded as ‘urban’ working class, as against the sleek affluence of the white couple. In addition to the violence (which for the most part is not directly shown), the female characters are frequently seen in various stages of undress (unlike the male characters), and with hints of S+M imagery. Throw in numerous shots of drinking and drug-taking, and you have a recipe designed to attract maximum controversy. 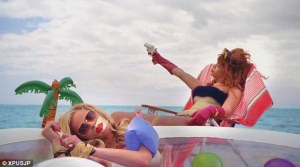 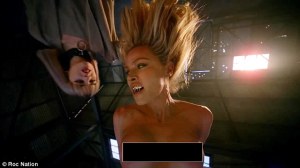 And predictably, this is what has happened. Since the video’s official release a couple of weeks ago, the commentary has raged on blogs and social media, as well as in mainstream journalism. In the UK, there have been expressions of outrage both in liberal publications like the Observer and the New Statesman and in right-wing papers like the Daily Mail. The controversy itself is symptomatic of what I have called the ‘opinion economy’: the premium is on strong opinions, instantly and forcefully expressed, rather than any more nuanced consideration of the issues. (And of course, this blog post itself can be seen as another manifestation of the same phenomenon…)

Tracking and analyzing this flood of material would be a challenging task, but the basic terms of the debate are very clear – and, in my view, extremely familiar. Indeed, the debate reminds me of the earnest discussions we used to have in the 1970s about ‘progressive texts’. It seems that media critics are still in search of the Holy Grail of political correctness.

Thus, while most conservative critics confine themselves to raging against the immorality of the behaviour that is shown, more liberal critics are preoccupied with the politics of it all. For some, the video is blatantly misogynist; while others see it as a feminist blow against patriarchy. Some regard it as anti-racist, while others claim that it reinforces racist stereotypes. Some argue that its use of S+M imagery is objectifying, while others see this as an indication of Rihanna’s confident assertion of autonomous female sexuality. And so on.

As this implies, much of the debate takes the form of a litmus test. Either the video is revolutionary and empowering, or it is degrading and woman-hating. Either it is a manifestation of oppression, or it is a critique of it. And if it is not one thing, it must surely be the other.

One of the rhetorical means that is used to promote any given interpretation is what semiologists call the commutation test. Here we substitute any particular term in the text with another possibility, and then make judgments about the likely effects of doing so. For example, what would be the difference if Rihanna was white and her victim was black? How about if she was a man and her victim was a woman? What if we saw the male accountant semi-naked rather than his female partner?

Most ‘liberal’ critics in this debate appear to apply a kind of checklist of oppression. The fashionable term ‘intersectionality’ is used to imply that multiple forms of power may be in operation, and that they may prove contradictory. The video might be anti-racist, but it can also be misogynist. It might tick the box on class, but not on gender or disability.

This approach appears to hold out the possibility of political perfection – a text that ticks all the boxes, even the ones we haven’t already thought of. Yet commentators also frequently invoke the notion of stereotyping. Politically perfect texts have to present positive images (powerful women, for instance, or resistance to racism), yet at the same time they must be accurate and show the world as it really is. Taken together, these criteria almost invariably result in a double- or even triple-bind from which it is impossible to emerge unscathed.

Despite this, one thing that seems strangely absent from the Rihanna debate is any consideration of realism: for some, it appears that the video is tantamount to a documentary, an argument that is apparently reinforced by Rihanna’s well documented real-life disputes with her own accountants. Yet my first response was one of laughter: the video seems to play with expectations in a deliberately overstated and comical way, and the violence in particular seems quite cartoon-like.

Of course, this might well be condemned as a typically patriarchal response. Indeed, one of the recurrent rhetorical moves in this debate is to silence one’s opponents by invoking the checklist of oppression and thereby challenging their right to speak. So black feminists attempt to silence white feminists, by claiming that the video strikes a blow against generations of white oppression (‘race’ trumps gender); while others say they don’t care, and that misogyny is misogyny, whoever is doing it (gender trumps ‘race’). Needless to say, men are almost wholly absent from the debate: by definition they have no right to speak, even though they are implicitly seen as the target audience (or at least one of the most problematic audiences). And for me to suggest, for example, that the discussion has a distinctly middle-class feel – as in the earnest podcast debate on the New Statesman website – would be self-evidently unacceptable. 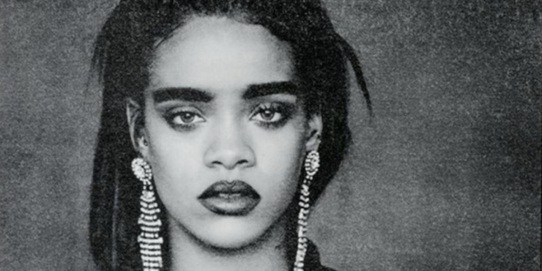 The most problematic aspect of this whole debate is the assumptions about the audience that are both directly and indirectly invoked. Underneath many of the strongly expressed views lurks the perennial figure of the third person – those other people who, unlike oneself, are going to be harmed or misled by watching the video.

One of the New Statesman correspondents, for example, explains that while she might be able to read the intersectional complexity of the text, her younger sister is bound to conclude that kidnapping a woman, stripping and torturing her, is ‘cool’. While another correspondent recognizes the possibility of an anti-racist interpretation, she asserts that the average person is unlikely to ‘get the message’. The Statesman columnist, meanwhile, asserts that men (all of them) will be automatically ‘turned on’ by what they see; while the Daily Mail claims that the video will ‘turn every mother’s stomach’; and a Guardian commentator says merely (and in capital letters) ‘THINK OF THE CHILDREN’.

The problem here lies in the assumption that one can extrapolate directly from a reading of the text to an assertion about how an audience will interpret it – and by extension what (political, moral or psychological) effects it will have. A positive message (as identified by an expert critic) will have positive effects, while a negative one will have negative effects. And while we (the experts) might be able to identify a range of possible interpretations and hidden subtexts, the average person is only going to read it in one way. Yet without any evidence from audience research, all such claims are groundless.

My point here is not that Rihanna’s video should not be critically evaluated, or that it can mean anything anybody wants it to mean. Racism, sexism, class, sexuality, violence – these are things that matter, and Rihanna undoubtedly knows that. She may be confused about her ‘message’, she may just be playing with these things, or she may simply have decided to provoke a debate in order to draw attention to herself. If that is the case, she has certainly succeeded.

On one level, this is all excellent teaching material. Yet what remains depressing is that the terms of the debate about representation have moved on so little. A key task for media educators is surely to encourage students to question the terms of debates like this – to identify and challenge the underlying assumptions, to seek out better evidence, and to move beyond the endless rehearsal of instant opinions.

4 thoughts on “Reading Rihanna: the burden of representation”