Looking back at Dick Hebdige’s classic book Subculture: The Meaning of Style, on the anniversary of its first publication forty years ago.

Over the past couple of years, I’ve written a series of essays about British and American youth cultures, as part of my ‘Growing Up Modern’ project. I’ve been focusing, not on the usual suspects (mods, punks, ravers, and so on) but on youth cultures that have been relatively ignored, or even reviled: so far, I have essays on glam rock, hippies, beatniks, emo – and most recently, the ‘soul scenes’ of 1970s Britain. It was writing the latter that prompted me to re-read one of the classic academic studies of youth culture, published 40 years ago: Dick Hebdige’s Subculture: The Meaning of Style. 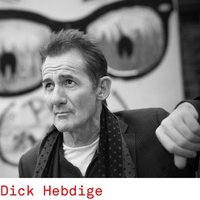 Hebdige was a graduate student at the Birmingham University Centre for Contemporary Cultural Studies (CCCS), an institution that continues to cast a long shadow over the study of youth culture, decades after its heyday in the 1970s and 1980s. He was 28 when Subculture was first published. Somebody once told me that the book is the best-selling sociology book of all time (although others would probably dispute the claim that it is sociology at all). I have no evidence to support this, but the book has been widely cited, and remains massively influential. To judge from the number of Powerpoint presentations online, it is a book that launched a thousand student projects – although I wonder how many students have actually read it in its entirety, rather than potted textbook summaries.

To large extent, the book was much as I remembered reading it when it first came out; although there was also a good deal I had forgotten, and was rather surprised to rediscover. Perhaps symbolically, the binding on my paperback copy (in the Methuen ‘New Accents’ series) promptly fell apart soon after I opened it. While some of the familiar theoretical reference points of the time are there – Barthes, Althusser, Gramsci – alongside contemporaneous work within CCCS, Subculture begins and ends with a discussion of Jean Genet, the infamous French novelist and playwright. And in line with this, the book as a whole appears to combine sociology with a form of aesthetic, literary analysis: it makes particular use of modernist theories of art, such as surrealism.

After a theoretical preamble, the first part of Subculture provides a fairly descriptive account of the history of British youth culture since the 1950s. It begins with (and constantly returns to) punk; but it also ranges fairly rapidly over beatniks, teddy boys, mods, skinheads and glam rock, and spends rather longer on reggae and Rastafarianism (which became the focus of Hebdige’s second book, Cut ‘n’ Mix: Culture, Identity and Caribbean Music, published in 1987). The second part of the book veers into more abstract territory, as semiotics, structuralism and theories of ideology are brought to bear, especially on punk.

As I said, I came back to Hebdige via my work on ‘soul scenes’. I particularly recalled his argument that the history of youth culture in post-war Britain could be interpreted as ‘a phantom history of race relations’. This argument applies not just to the relation between punk and ‘roots’ reggae (which Hebdige considers at length), but also to the enthusiasm for rare soul music in the 1960s and 1970s and beyond. In fact, this is not just a ‘phantom’ history, but a material one as well: it’s about the music business, and about specific social and geographical ‘scenes’. Nevertheless, placing ‘race relations’ at the heart of youth culture was an insightful and prescient move, especially at the time the book was written.

To some extent, ‘race’ even threatens to displace social class, the primary focus of the CCCS at the time, and of the sociologists who preceded them in writing about youth culture. Hebdige’s account of class is rather more one-dimensional by comparison: for example, he seems to take for granted that the punks were essentially working-class, which is at least a questionable claim. Punk may have mobilized a rhetoric about working-class oppression and deprivation – ‘no future’ – but it was largely engineered by art-school entrepreneurs like Malcolm McLaren and Vivienne Westwood.

In the second part of Subculture, Hebdige presents the case for a semiological ‘grammar’ of youth style – although he doesn’t get much further than analyzing a rather obvious collection of stylistic signifiers (punk safety pins and the like). Ultimately, his interest isn’t so much in the nuances of meaning as in the wider political significance of what he calls ‘semiotic guerrilla warfare’. In line with the theories of the time, Hebdige regards ideology as something that functions ‘behind people’s backs’. It operates as a kind of ‘common sense’ that is taken for granted, and therefore hidden from view: this is why it is (apparently) so all-powerful and all-encompassing.

Subcultural style, in Hebdige’s account, is almost always subversive: it challenges and disrupts the ‘dominant ideology’ by transforming signs and giving them new meanings – and indeed by disrupting the normalized process of meaning-making itself. Subcultures, he suggests, represent ‘a kind of temporary blockage in the system of representation’: they are ‘symbolic challenges to the symbolic order’. In the process, meaning ‘evaporates’: the signs become illegible, abstract ‘noise’ that moves beyond conventional logic into a seemingly infinite play of meaning. And it’s here that Hebdige himself begins to drift away from sociological analysis, and indeed from material reality, towards a kind of poetic ‘theory-speak’. 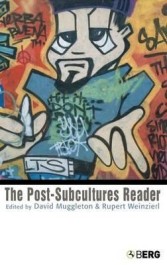 The limitations of Subculture have been extensively – and almost ritualistically – discussed by the successive generations of youth culture researchers who followed in its wake. Through the 1990s and early 2000s, a series of books announced that we were now in the era of ‘post-subcultures’. There are probably three key issues at stake in this, which I’ve considered in a little more detail in an earlier essay here.

The first is to do with the book’s focus on what Hebdige himself calls ‘spectacular’ subcultures. The groups he describes work hard to ensure their own visual distinctiveness, and their visibility to the wider society, not least through fashion and appearance. They seek to create a ‘spectacle’ – and often to generate outraged responses. However, not all subcultures operate in this way. In Hebdige’s account, less overt or visible groupings tend to disappear from view – as indeed, does the ebb and flow of group membership. The focus is on young people who are (however briefly) card-carrying members of clearly defined, exclusive groups: the flexibility, and the uneven nature, of most young people’s identifications with such groups or styles is ignored.

This focus on ‘spectacular’ subcultures feeds into a second problem, which is Hebdige’s broader political narrative. As I’ve suggested, youth culture is seen here primarily as a means of resistance to dominant ideology – albeit one that may appropriate elements of working-class ‘parent’ culture in doing so (as in the case of the skinheads). Groups that don’t easily fit with this analysis are either dismissed (as in Hebdige’s withering and inaccurate account of glam rock) or simply ignored (such as the many ‘respectable’ forms of middle-class youth culture).

This reinforces an easy, self-glorifying distinction between the ‘underground’ and the ‘mainstream’ that is very familiar within youth cultures themselves. According to this narrative, youth cultures emerge seemingly spontaneously ‘from the streets’, from outside the capitalist economy; and they are then inevitably ‘recuperated’ by the mainstream, as their challenge is defused and commodified. Here again, the complex relationships between the ‘dominant’ culture and the seemingly always ‘resistant’ elements of youth culture are dramatically oversimplified. There’s a kind of political romanticism about this, which belies the complex hierarchies that operate within youth cultures, and the often symbiotic relationships between them and mainstream media and commercial culture. 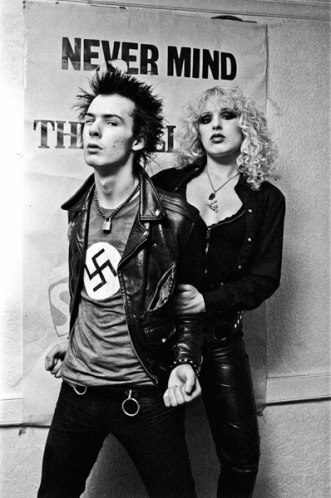 A third criticism is to do with evidence. Hebdige makes extensive use of semiotics – and indeed, a relatively formalist version of semiotics – to generate ‘readings’ of youth cultural phenomena. Signs like the punks’ famous safety pins are endowed with enormous significance. By contrast, music – which is surely central to youth culture – is discussed in very vague terms, with very little attention to its form or harmony, or its specifically musical qualities. Particular stylistic phenomena are interpreted as, for example, ‘a self-conscious commentary on notions of modernity and taste’; or as ‘an intrinsic valuing of the perverse and the abnormal’; and so on. But there’s no indication that Hebdige’s interpretations are shared by members of the subculture itself.

Given the tradition of ethnography at CCCS, it’s striking that Hebdige makes hardly any use of interviews or observations of young people themselves. Subculture makes a stark contrast in this respect with the detailed ethnography of CCCS studies like Paul Willis’s Learning to Labour or Profane Culture, published at around the same time. One must assume that Hebdige attended punk gigs, for example, but his account seems to be based largely on second-hand sources such as the leading ‘alternative’ music paper of the time, the New Musical Express. Willis may well have had Hebdige in mind when he condemned what he called ‘armchair semiotics’ in his later book Common Culture.

In the concluding pages of Subculture, it’s clear that Hebdige knows his limitations here. At various points in the book, he asks a key question: ‘how does a subculture make sense to its members?’ However, he quickly moves on to a rather different question: ‘how do we “read” these subversive semiotic practices?’ The ‘we’ in this case are implicitly outsiders – academic semiologists – who remain forever at a distance from their objects of study. ‘It is highly unlikely,’ Hebdige writes, ‘that the members of any of the subcultures described in this book would recognize themselves reflected here. They are still less likely to welcome any efforts on our part to understand them’.

Taken together, these problems result in some curiously naïve interpretations of particular subcultural phenomena. In particular, Hebdige seems to read punk at face value, in terms of its own self-aggrandising rhetoric. In my view, this leads him to ignore some of its ironies and complexities. Punk sprang from the London art colleges; from the very start, it actively used mainstream media, and commercial business; the music was rarely ‘anarchic’, but actually had much in common with mainstream rock-and-roll; and many elements of the punk style were self-consciously parodic. Glamourising punk as a spontaneous, authentic expression of working-class rebellion is an oversimplification.

I’ve identified some well-worn criticisms of the book, although these can be overstated. Reading more recent work on youth culture, it has sometimes seemed as if Hebdige was the academic father who had to be killed before scholarship could move on. This approach runs the risk of obscuring the originality of Subculture, and its lasting achievement. Ultimately, it is a book of its time, which says as much about the wider political and academic preoccupations of Britain in the late 1970s as it does about youth culture itself. But one could say similar things about most academic work. It’s hardly surprising if the ideas of 40 or 50 years ago no longer apply to youth culture in the present.

On a final note, it’s hard to know whether Hebdige’s reputation is likely to be enhanced by his central role in Chris Krause’s notorious novel I Love Dick – now a major Netflix series, in which the focus of the female narrator’s obsession is played by Kevin Bacon. Whether I Love Dick is a major new feminist classic, as some reviewers have argued, or simply the point at which postmodernism began to eat itself, is something on which I couldn’t possibly comment.