Is media literacy just about being a well-behaved media consumer? I beg to differ!

I have been making myself unpopular at the Media Meets Literacy conference in Warsaw by complaining about what I call the ‘blanding’ of media literacy. I wrote this blog to share a couple of further examples I wasn’t able to show at the conference itself.

Firstly, let me set this in context. In a couple of recent academic papers, Richard Wallis and I have been tracing the evolution of media literacy as a theme in UK communications policy under New Labour. We argue that media literacy was a policy solution looking for a problem – and we show how it was used to address a changing series of problems over its brief career.

The story goes like this. Media literacy is initially discovered as a solution to the problem of media violence in the late 1990s, in a report called Violence and the Viewer. However, by the time it appears on the statute book in the 2003 Communications Act, it has become a kind of counterbalance to the broader deregulation of media. Since the state is less and less willing or able to regulate the media market, people have to be made responsible for regulating their own behaviour. They have to be taught to be media literate – to be well-behaved, safe media users. In this respect, media literacy is a good example of what Michel Foucault calls ‘governmentality’.

In the years following the 2003 Act, media literacy is employed to address a range of other policy objectives, most notably internet safety and ‘e-inclusion’. In the process, its remit moves steadily away from education, and from any broader conceptualization of critical literacy: it is about instructing kids in how to avoid risk, and teaching functional technical skills (typically under the rubric of ‘digital literacy’).

In the process, media literacy comes to appear quite vague and ill-defined, and eventually does itself out of a job. By the publication of the Digital Britain report in 2009, it is effectively finished: the Report refers to media literacy as ‘a technocratic and specialist term, understood by policy makers but not really part of everyday language’; and the projected National Media Literacy Plan contained in drafts of the report is replaced by a National Plan for Digital Participation.

However, this normative, self-regulatory version of media literacy lives on in parts of Europe and the US. American examples are easy to find. Take this one for example: 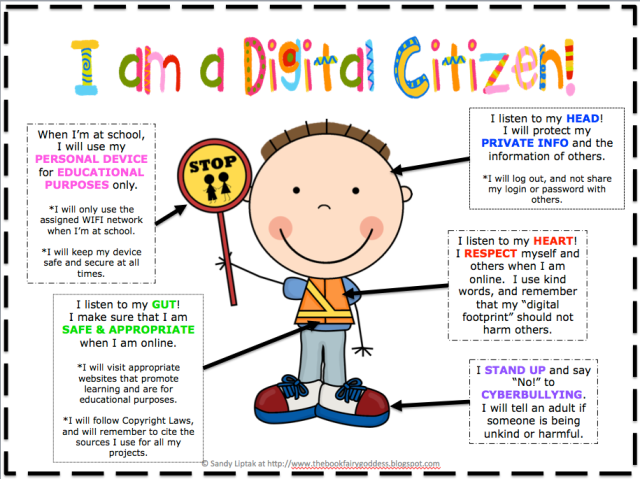 In what sense, one might ask, is this a vision of citizenship? It is devoid of any political, civic or even collective dimension, let alone any critical one. It is simply about keeping out of trouble, keeping your nose clean, and being a well-behaved, docile little child.

Here’s another example, from a TED talk by a ‘consultant’ called Peter Komendowski, who has advised media literacy projects in the US.

Finally, here’s a European example, a short video made by an organization called the European Association for Viewers’ Interests (EAVI), which has been in receipt of significant amounts of funding from the European Commission.

Once again, what we have is a wholly individualistic account of media literacy, conveyed in quasi-religious terms: it’s about gaining awareness, seeing the light, and thereby distinguishing oneself from the unenlightened fools who do not share the truth.

Call me a dinosaur if you like, but I can remember when media education was oppositional and subversive. It was about dissent and challenge, not sanctimonious nonsense…

1 thought on “The blanding of media literacy”