How we assess the political message of If…. depends especially on how we read its ending, and more broadly on how we relate to its lead character. As we’ve seen, some commentators have been keen to present the film as in some way ‘revolutionary’ – an anti-authoritarian ‘rebel yell’, or even ‘a knife in the heart of the establishment’. Yet this interpretation presumes that we fundamentally approve of the actions of Mick and his followers, and even that we identify with him. However, I’m not sure things are quite so straightforward.

Certainly, there is a good deal in the narrative that serves to position us with Mick and his friends. Mick makes a charismatic entrance at the start of the film, dressed as a kind of Guy Fawkes: it is only when he pulls away his scarf that we learn that he has been hiding the vaguely Zapata-style moustache that he has been growing during the school holidays. The narrative does not by any means follow the three boys exclusively, but they are by far the main focus of attention. We see them being singled out for punishment, often for minor infractions – although this is something that Mick at least actively invites. Denson leaves Mick in a freezing cold shower for longer than the others, and Mick also receives more than his allotted number of strokes of Rowntree’s cane. There is an element of unfairness here that obviously aligns us with Mick, and to some extent justifies his ultimate response. We also view Mick’s beating – and indeed some of his other confrontations with authority – from his perspective.

In his accounts of If…. and O Lucky Man!, Anderson frequently makes reference to Brecht’s theories about acting – and particularly the idea that actors should ‘quote’ their lines, rather than speaking them naturalistically. Some of the characters in If…. (most notably the history teacher and to some extent the headmaster and the chaplain) verge on caricature: the acting is somewhat exaggerated, often with comic effect. However, Malcolm MacDowell’s acting style is a little harder to pin down. For much of the time, his facial expression is quite blank. He has prominent eyes, and often looks back at his accusers with an open, even innocent gaze. As a character, Mick is somewhat of a fantasist, and he occasionally tends to dramatise himself. He is prone to come out with portentous epigrams: ‘violence and revolution are the only pure acts… war is the last possible creative act’, and so forth. He is also somewhat of a narcissist: he enjoys studying himself in the mirror – ‘my face is a never-ending source of wonder to me’, he says; and in the dorm scene, he flamboyantly whips aside his purple dressing gown to reveal yellow silky pajamas. His name is an obvious echo of Mick Jagger; yet at times, it’s not entirely clear whether Mick is supposed to be cool, or just a bit of a smug idiot. 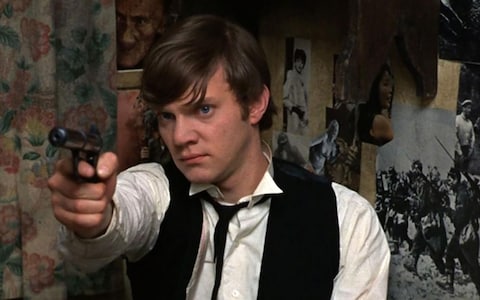 In his self-interview, Anderson claims that Mick is a traditional hero. ‘He is a hero in the good, honourable, old-fashioned sense of the word,’ he writes. ‘He is someone who arrives at his own beliefs and stands up for those beliefs, if necessary against the world.’ Here, and elsewhere, Anderson describes the film as ‘anarchistic’, but once again seeks to define this in traditional rather than revolutionary terms: ‘anarchy,’ he writes, ‘is a social and political philosophy which puts the highest possible value on responsibility. The film is not about responsibility versus irresponsibility. It’s about rival notions of responsibility and consequently well within a strong Puritan tradition.’ On the other hand, he argues in the preface to the published film script that the boys’ politics are not at all ‘intellectual’ but ‘instinctive’ – they are a consequence of Mick’s ‘outraged dignity, his frustrated passion, his vital energy, his sense of fair play if you like’.

Of course, we should beware of taking Anderson’s statements about his work at face value, not least because they are so frequently contradictory: he was always very keen to use interviews and articles to shape public response to his films in ways that would secure maximum advantage. Elsewhere, he argued (I would say correctly) that the film is not ‘propagandist’ or a ‘tract’; but he then goes further to suggest that it could equally be seen as ‘an illustration of the ruinous effect of irresponsibility and over-lenient treatment of the young’. (Where exactly this ‘over-lenient’ treatment is to be found is something he does not explain.) 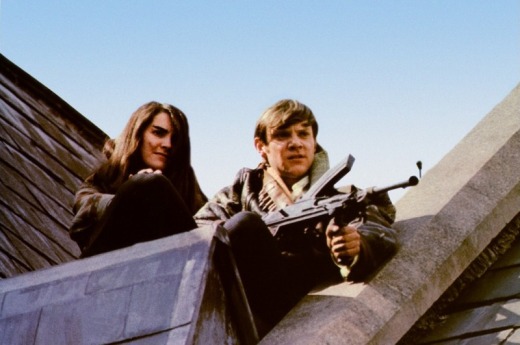 The ending of the film is equally ambivalent in this respect. Anderson claimed that, like his image of the school, the violence was ‘metaphorical’; but, as Jeffrey Richards suggests, audiences did not necessarily seem to perceive it in that way. For some of them, this was the beginning of an actual revolution, even a call to arms. However, Anderson was keen to argue that the ending was not a moment of victory for Mick and his followers, but of despair. ‘Emotionally,’ he said, ‘the film is revolutionary – but intellectually, I don’t know. The massed fire power of the establishment is ranged against Mick.’ Nevertheless, Mick’s attempt to wreak revenge on the system is at least partly justified; and at the close of the film, he remains undefeated.

David Sherwin has reportedly claimed that ‘by the end of the film Mick has become a monster as bad as the system he fights against’. However, Anderson dismissed this view. On the contrary, he seems to pity Mick: ‘he’s terrified… absolutely desperate’. ‘I was surprised that young people cheered that ending when it first came out,’ he says. ‘Perhaps they didn’t look beyond the end, because it’s very difficult for me to imagine that Mick is going to win.’ While the final images of Mick, with his contorted face, might resemble that of the black freedom-fighter he puts on display in his study, his cause isn’t quite on the same level – and of course, there might be some irony in the fact that the group are wearing flying jackets like those of British airmen in the Second World War. Unlike the children in Zero de Conduite, the rebels do not escape across the roof, singing their song of liberation. In the closing shot, Mick shoots out directly into the camera, towards us; but it’s possible to read this as a moment of triumph, of despair, or even of futility and failure. Here again, If…. appears to be rather more ambivalent, and even more confused and contradictory, than the mythology that has come to surround it tends to suggest.

A text of its time?

‘Appearing when it did, at the end of a year of youthful dissidence and revolt, If…. has often seemed to be a film conceived and made purposely to reflect (even to cash in on) the revolutionary fervour of the late sixties. The truth is very different…’

Both at the time and subsequently, Anderson was keen to refute the claim that If…. was in some way a response to the momentous political events of 1968. The quotation above comes from an unpublished article, ‘How If…. Came About’, presumably written some time afterwards, although he made similar points in his self-interview and in press reports published on the film’s release. As I’ve noted, he did not wish to be seen as ‘trendy’ or ‘journalistic’, either in terms of style or content: it was apparently for this reason that he avoided using contemporary pop music on the soundtrack, and why he claimed to have ‘eliminated all the fashionable iconography of revolt from the walls of the boys’ studies’.

However, Anderson liked to have his cake and eat it too. On the one hand, he frequently claimed that the film was about universal, timeless themes – it was a film about ‘law and disorder, about love and the denial of the heart’, for example; yet he was also very attuned to its contemporary relevance. In his self-interview at the time, he suggests that in starting work on the script eighteen months earlier, he and Sherwin had been ‘prophetic’: they were ‘forecasting the shape of things to come – the conflict between established tradition and youthful independence that is evidently breaking out all over the world.’ The timing may have been merely ‘fortuitous’, but the iconography and rhetoric of the publicity campaign also undoubtedly reflected recent events.

Furthermore, the statements I’ve quoted above are only partly true. As we’ve seen, Anderson liked to refer to the heroes of the film as ‘traditional’. Here, for example, is his preface to the published film script: ‘the heroes of If….,’ he writes, ‘are, without knowing it, old-fashioned boys. They are not anti-heroes, or drop-outs, or Marxist-Leninists or Maoists or readers of Marcuse.’ It’s certainly interesting then to ask why we can spot a photograph of Mao in the boys’ study, or why we see Mick with a famous picture of Lenin on the wall behind him – or indeed why

Geronimo (bearing a rifle) and Che Guevara are on display in the pupils’ common room (Anderson claimed that this latter poster had been pinned up by one of the boys at Cheltenham, and that he ‘didn’t have the heart to take it down’.). These collages themselves, with their mix of raw photojournalism and glossy advertising images, are also of their time, reflecting a style that was very much in vogue in the fashionable newspaper colour supplements that had begun to appear in the 1960s. Likewise, the theme music that recurs throughout the film may not be ‘Street Fighting Man’, but it is also of the period: ‘Missa Luba’ is sung by a Congolese boy choir, but (as Mark Sinker describes) it was released on record in 1962 and ‘embraced by hipsters’ at the time. The rebels are seen drinking vodka rather than smoking dope, but there is an ongoing guerrilla war between the whips and the rebels about the length of their hair. While Anderson is predictably scathing about what he calls ‘the permissive society’, the film also undoubtedly pushes boundaries in its representation of sex and nudity.

While Anderson himself may have tried to limit these contemporary references, it seems more than likely that audiences would have recognized them; and however much he may have insisted on the ‘metaphorical’, and even timeless nature of the film, one can certainly see how audiences would have read it in relation to the political developments of the preceding few months. However confused or ambivalent it may be, If…. ultimately remains a film of its time.